Do you have a question that you want to ‘ask for a friend?’ Click HERE to email the Morning Show. Your question could make it on-air. 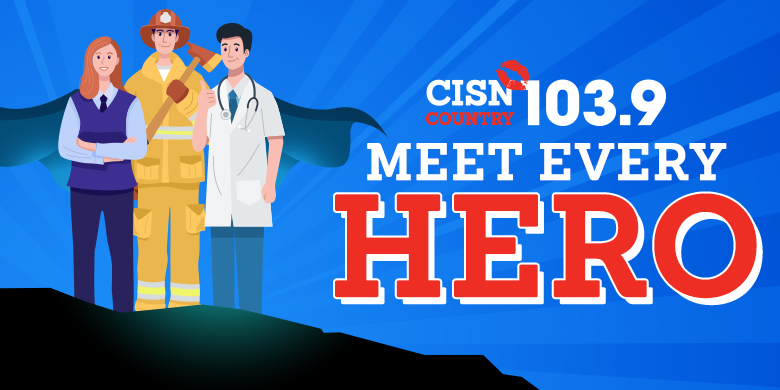 Click HERE to learn about the Heroes in CISN Country!

A little about the Morning Show…

Chris Scheetz Is the head button pusher and babysitter of the CISN Morning Show alongside Jacqueline Sweeney and Matt DeBeurs. Although he won’t admit it, Chris is the backbone of CISN Country. He’s not only been THE voice on the station for over 28 years, he is also the on field host for the Edmonton Eskimos, hosts his show, “The Scheetz Show” on our sister station 630 CHED, along with years of volunteer and emcee experience including BVJ year to year, and the 2014 CCMA Awards in Edmonton. He also owns something called the “Scheetz Kool Bus” that he treats like a third child. He’s done a lot in his career to date, but he’ll tell you is meeting and marrying his high school sweetheart, Karen (of 25 years now!), and somehow raising two very well adjusted kids, Baillie and Carter.

Jacqueline (Jack) Sweeney Co-hosts CISN in the Morning with Chris Scheetz & Matt DeBeurs. In Jack’s younger days as a model (I know right?), she was lucky enough to live in some exotic places like Tokyo, Seoul, London, and even the most exotic of them all, Medicine Hat. But Edmonton is where she was born & raised, and where her heart lies. Along with all her sweet modeling tips she comes in with a very strong passion for country music. Jack is more than just a pretty face as well. She’s is a YWCA Women of Distinction Nominee and a Sizzling 20 Under 30 Alum. Charity is also close to her heart, as she can be seen volunteering for many organizations across Edmonton. She’s married to a crazy guy named Bob and they have a sweet baby girl, Kennedy.

Matt DeBeurs Is one third of the CISN Country Morning Show alongside Chris Scheetz and Jacqueline Sweeney. Much like Chris and Jack, Matt is a local, raised in nearby Sherwood Park. Fun Fact: Matt has had more jobs than anyone on earth. Go ahead, ask him. We’ve lost count on how many. Although you might not be able to tell by looking at him now, but he was also quite an athlete in his time, playing hockey, volleyball, basketball & track competitively. Even ending up with a little time playing Baseball in college. He enjoys reliving the glory days on the slow pitch field and as the Technical Director for a small baseball organization in the city. You’ll find him spending his free time eating his way across Edmonton with his wife Sam, video gaming, and yelling at the TV during Oiler games.

With travel slowly opening up, NOW is the time to get your children’s passport renewed or set up for the first time before it really starts to get busy. We recently got our girls ready to go and thought I would share some helpful tips with you that made the process smooth and easy. The…