Albertans are adjusting to new COVID-19 restrictions Wednesday after a provincial state of public health emergency was declared Tuesday, in response to rising infections and hospitalizations. Lauren Pullen reports.

Albertans are adjusting to new COVID-19 restrictions Wednesday after a provincial state of public health emergency was declared Tuesday, in response to rising infections and hospitalizations.

The new health orders add to restrictions imposed Nov. 12, where Premier Jason Kenney announced indoor group fitness classes and team sports (with some exceptions) were shut down for two weeks, and a curfew was put on restaurants and bars. Those restrictions were also extended Tuesday.

The full impact of the Nov. 12 restrictions weren’t expected to be seen until this past weekend’s case counts were released, according to chief medical officer of health Dr. Deena Hinshaw, which broke daily infection rate records for the province.

“I am concerned, and the measures that we have put in place over the past several months may have somewhat slowed the growth but they have not bent the curve as much as we need,” Dr. Hinshaw said Friday.

Global News took a look at the numbers to show how case numbers and hospitalizations changed in the 12 days since the first set of restrictions were announced.

Read more:
COVID-19: Alberta is the only province without a mask mandate. What is the impact on public perception?

Active cases across Alberta also rose 61 per cent in the time between restriction announcements, with 8,305 confirmed to have the illness on Nov. 12 and 13,349 just 12 days later. 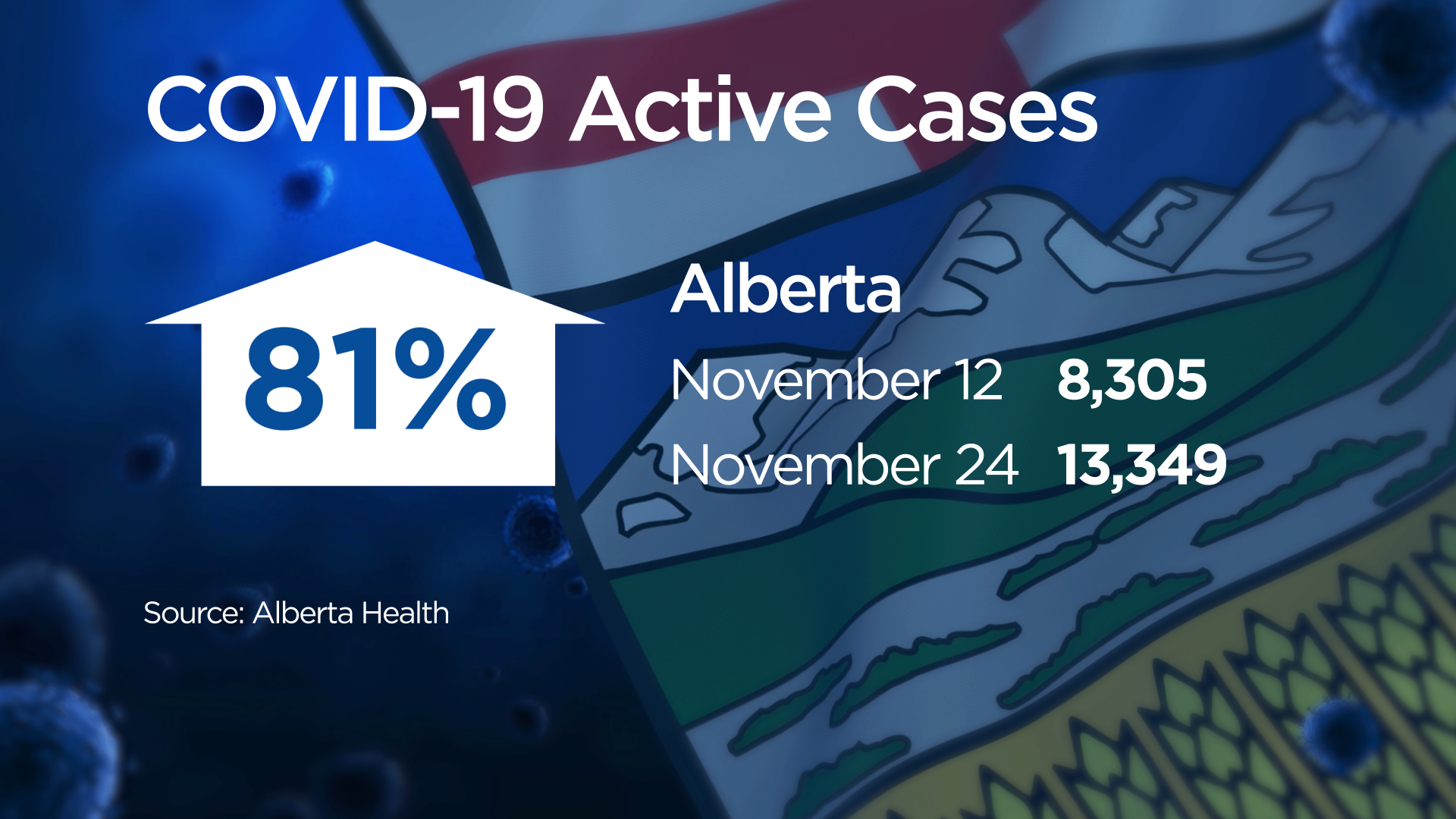 Kenney noted on Nov. 12 that if the restrictions did not drive down case numbers, more measures would be on the way.

“This two-week push is, I believe, our last chance to avoid more restrictive measures that I, and most Albertans, desperately want to avoid,” Kenney said at the time.

On Tuesday, the premier said the newly-announced measures were the “minimum” needed to see Alberta’s case numbers come down while not infringing on peoples’ fundamental human rights, and protecting the economy and livelihoods of small business owners.

The new restrictions announced Tuesday will be in effect for at least three weeks and re-evaluated at that point.