This holiday season, CISN Country 103.9 has a list, we’re checking it twice and we want to find out if you’ll be naughty… or nice.

Your chance to score presents before the holidays, even if you’re on the naughty list.

Think you’ve got what it takes? Starting November 22 make sure you’re listening at 8am, 12pm, 2pm & 4pm every weekday for your chance to play.

When you hear the cue-to-call, dial 780-421-1039 and be the 9th caller through! Then, it’s time for a big decision: do you steal the prize from the previous Bad Santa winner OR unwrap a new mystery gift from under the tree?

Now’s your chance to steal from others and give to… yourself, with the CISN Country 103.9 – Bad Santa! 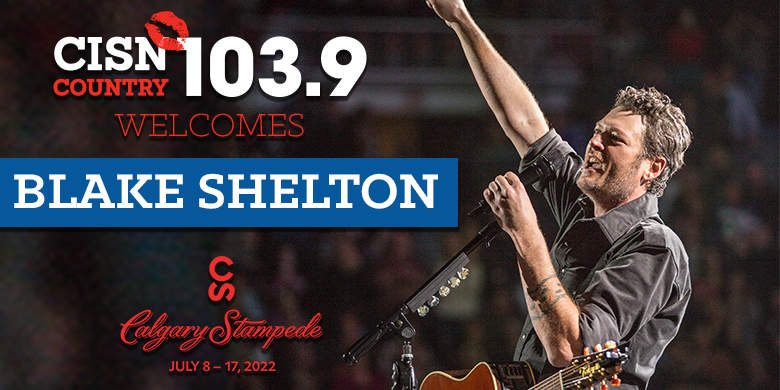 12:00PM: Leandra was NICE and chose to unwrap a new present… a pre-lit Christmas tree! Amanda gets to keep the Blake Shelton tickets!

2:00PM: Sydnee was also NICE and chose to unwrap a new present… a no touch soap dispenser! Leandra keeps the pre-lit Christmas tree. 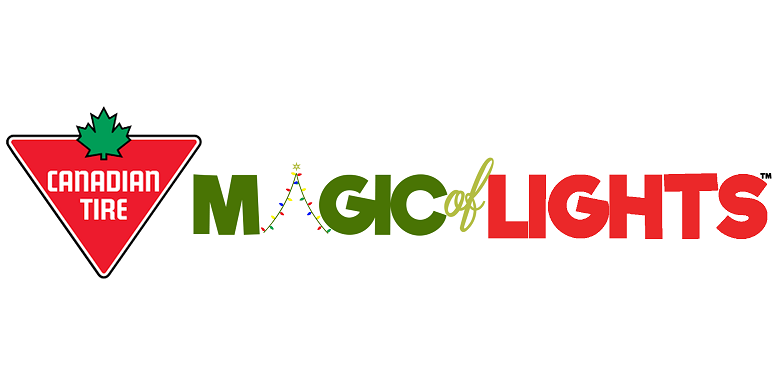 8:00AM: Marylee chose to not steal the Magic of Lights passes and opened a CONNOR MCDAVID JERSEY!

2:00PM: Amy loves surprises and chose to unwrap a new present – she currently has WWE tickets! 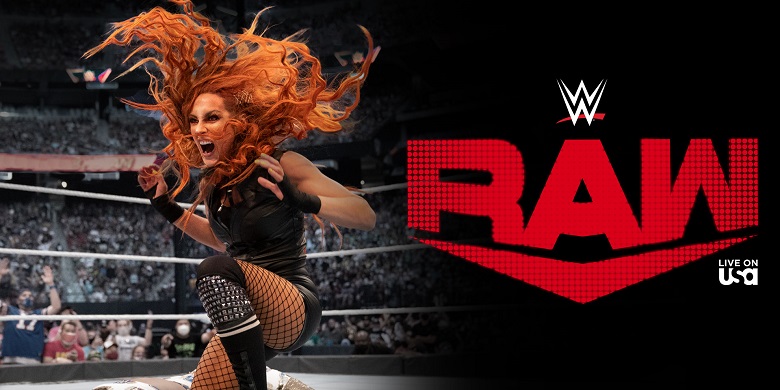 4:00PM: Amy gets to keep the WWE tickets, while Rochelle scored herself some A Christmas Carol tickets! 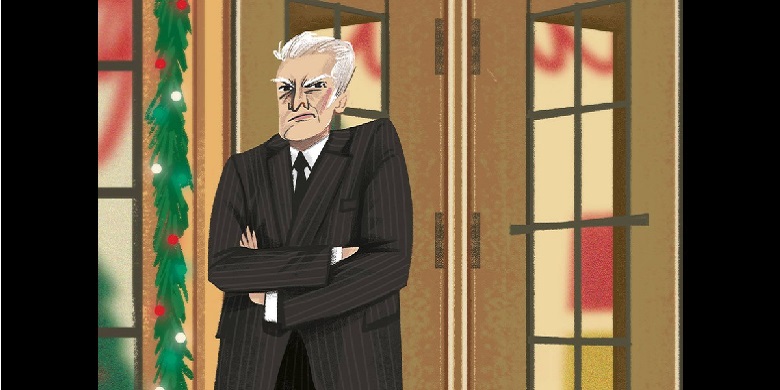 8:00AM: Barb chose not to steal and opened a set of Tiles!

2:00PM: Julie was NICE and unwrapped a Waterproof Bluetooth Speaker! 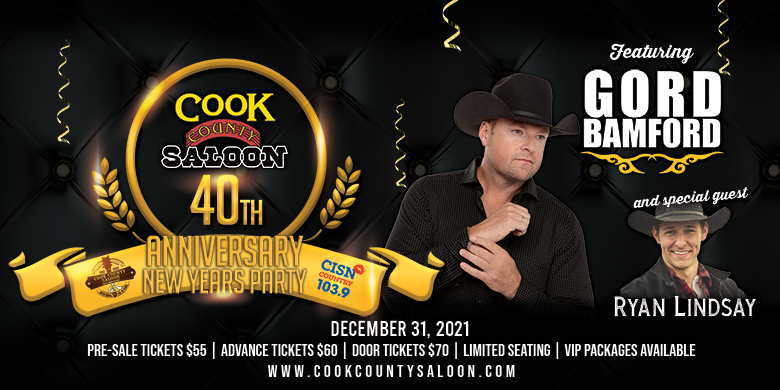 8:00AM: Arlette DID NOT STEAL the Gord Bamford tickets so he gets to keep those, while Arlette opened a new gift and got Dierks Bentley tickets! 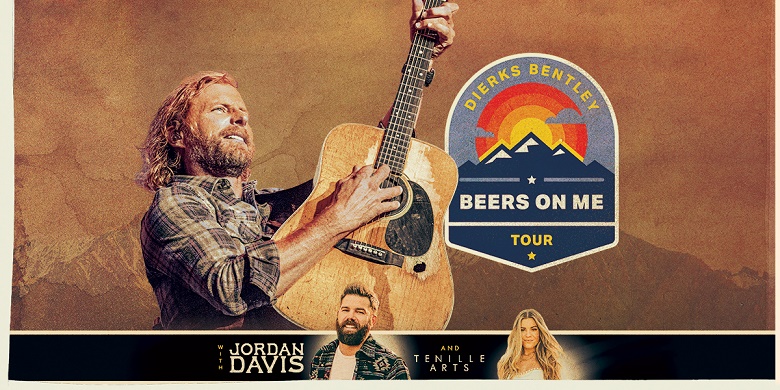 12:00PM: Tammy was nice because she already bought tickets to Dierks Bentley – she opened a four-pack of tickets to Glow Edmonton! 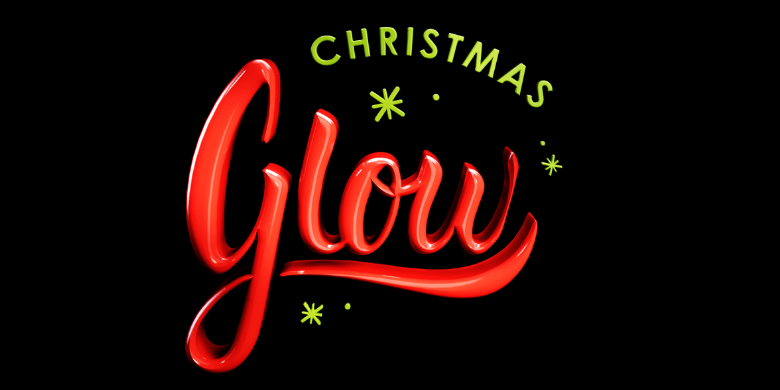 2:00PM: Bonnie chose to unwrap a new present- a four pack of tickets to Zoominescence! 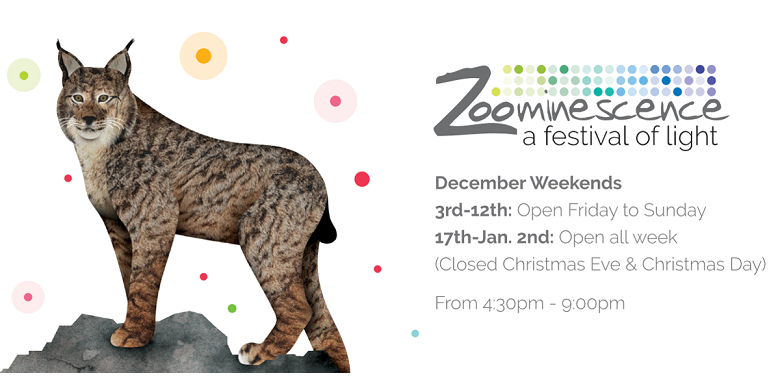 4:00PM: Dustin went under the tree and unwrapped a Hockey Net!

8:00AM: Cindy was nice and got herself a Patio Heater!

12:00PM: The NICE streak continued, as Jody blamed the nice weather today into not stealing Cindy’s Outdoor Patio Heater. Jody ended up with an Ice Maker!

2:00PM: Steve went to the tree and grabbed himself an Amazon Echo!

8:00AM: Alicia DID NOT STEAL The Soda Stream from Tom so he keeps that and her new gift under the tree was An Electric Snow blower!

12:00PM: Steve was naughty and STOLE the electric snow blower from Alicia. Alicia gets the Tenille Townes tickets we unwrapped when Steve stole the snow blower! 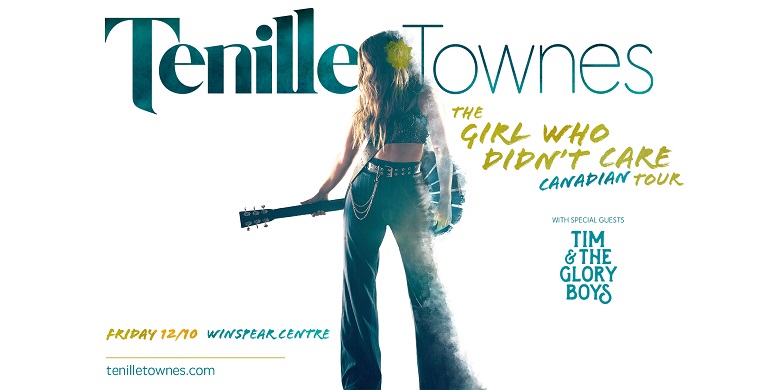 4:00PM: Warren was nice and it paid off again… He unwrapped weekend passes to BVJ! 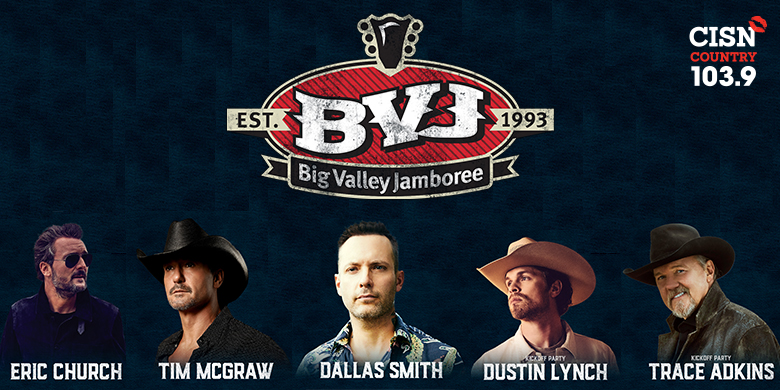 8:00AM: It shocked us this morning, but Tracy did NOT steal the BVJ Weekend Passes and got herself The Rock – Pots & Pans Set!

12:00PM: Being nice is a trend as Don unwrapped a Jason Aldean prize package! 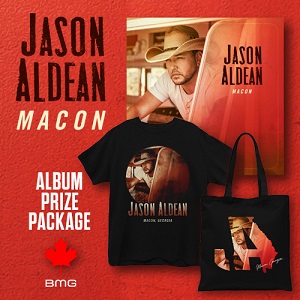 4:00PM: Tia keeps the cash and Mike opened up a Blow Up Gnome!

8:00AM: Brenley DID NOT steal the giant gnome from Mike so he got to keep it! Brenley opened up a Ring Light!

12:00PM: Samantha was NICE and chose to unwrap a new present – a Keurig Duo Coffee Maker!

2:00PM: Sarah was NAUGHTY and stole the Keurig Duo Coffee Maker! Samantha got herself a pair of Johnny Reid tickets! 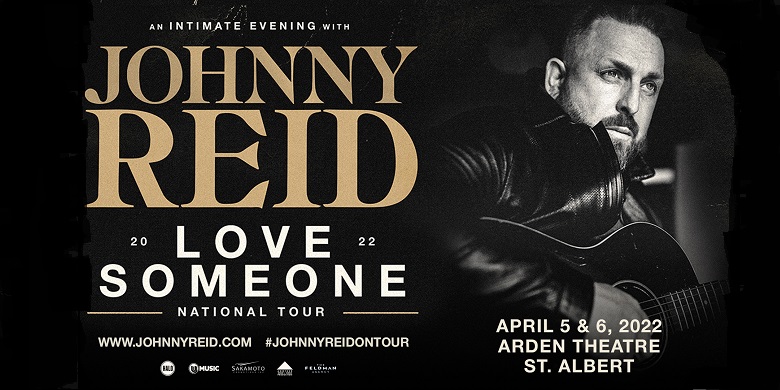 4:00PM: Sarah is now the proud owner of A steak Night out as Andrea stole the Keurig!

8:00AM: Stacey was nice and opened up a JILLY BOX!

4:00PM: Fran already has an Airfryer so she is letting Jon keep it! She opened up a For Him Gift Card Pack!

8:00AM: Steve let Fran hold onto the Men’s GC gift pack, and his kindness got rewarded with the Bradley Smoker!

12:00PM: Rob was NAUGHTY and stole the Bradley Smoker from Steve… Steve ended up with a pair of tickets to George Canyon! 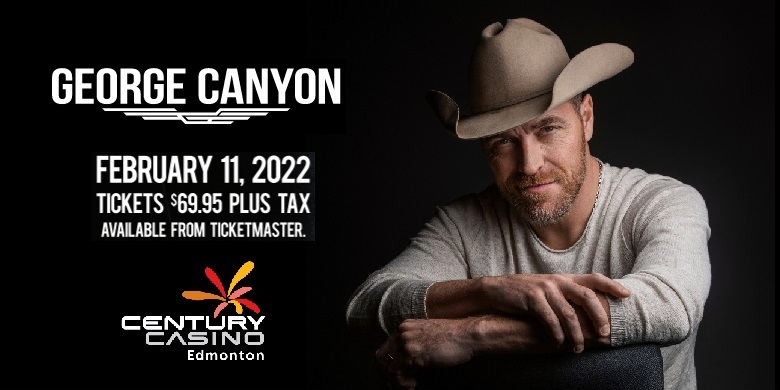 2:00PM: Jacob isn’t into smoking so he was NICE and let Rob keep the smoker. Jacob got himself a Dine Edmonton GC Pack!

4:00PM: Jacob gets to keep the Dine Out Edmonton Package, while Chris unwrapped a Movie Night Out – Cineplex $100 gift card!

8:00AM: Terri decided to go under the tree, so that means Chris gets to keep his movie GC, while Terri opened a Wall Mount Fire Place!

12:00PM: Kathy thought long and hard about whether to be naughty or nice… in the end, she just couldn’t be naughty. She opened a pair of tickets to Tebey in Fort Saskatchewan on February 18th. 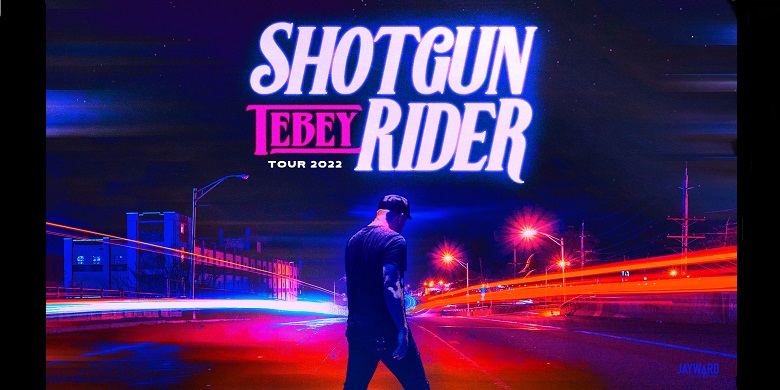 2:00PM: Jon was listening at noon and said that he thought Kathy sounded pretty excited to get tickets to Tebey so he wanted her to keep the tickets… He unwrapped $250!

4:00PM: Jordan said that unwrapping a new gift is better than just getting straight up cash, so she was VERY excited to score a pair of Weekend Passes to Country Thunder AB. 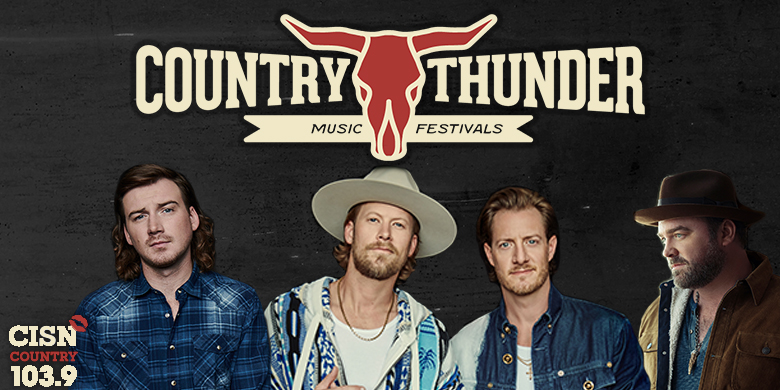 8:00AM: Jordan came in this morning, holding on to the Country Thunder tickets and very much wanting to hold on to them, and thanks to Larissa, most likely having a baby a month before the concert, she got her wish! Larissa then opened an iRobot Vacuum!

2:00PM: No surprise here… Debbie was NAUGHTY and stole the $500 Ben Moss GC! Tanya gets a pair of tickets to Corb Lund on February 4th at the Starlite Room! 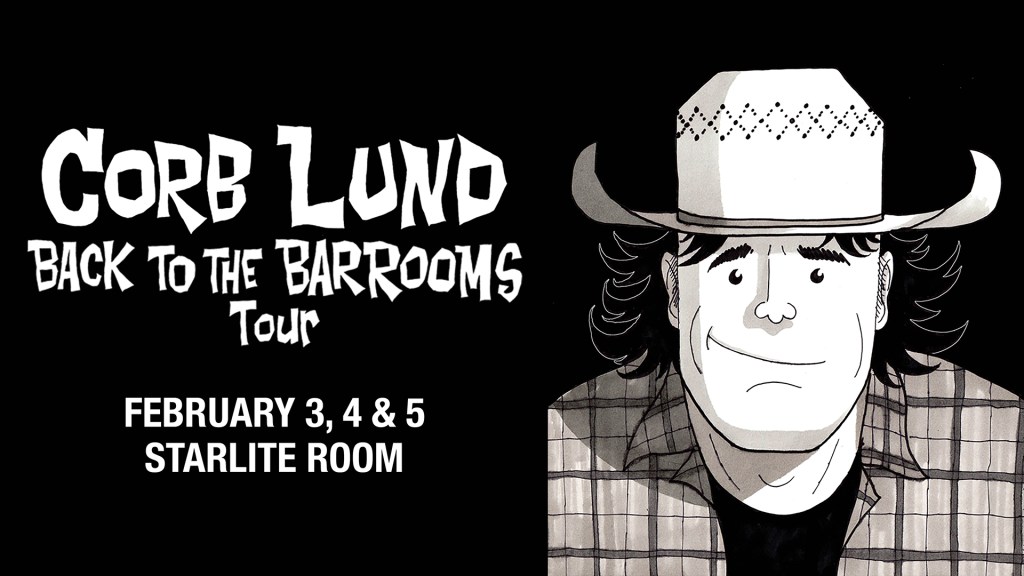 8:00AM: Shelly got us back on the nice train and let Tina go home with the $500 to Ben Moss. Her kindness was rewarded with the Dyson hair dryer!!!

12:00PM: Gail was NAUGHTY and stole the Dyson hair dryer from Tina. Tina gets a mini fridge!

2:00PM: Megan was also NAUGHTY and stole the Dyson hair dryer from Gail. Gail ends up with tickets to Avril Lavigne! 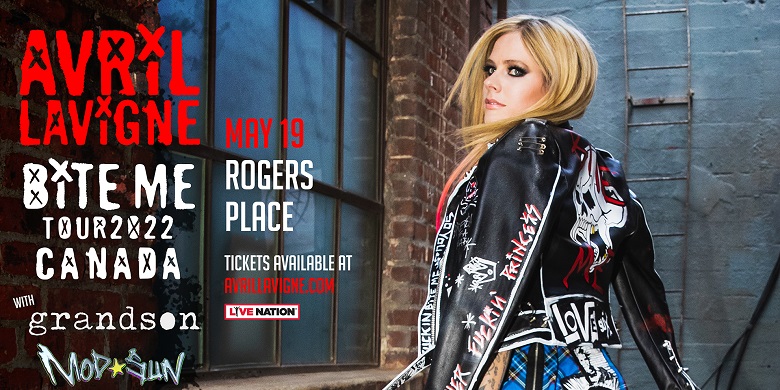 4:00PM: The Dyson hair dryer found a home with Megan today! Dana opened up the For Her Gift Card Pack!

8:00AM: Shelby let Dana keep the For Her GC’s, and is now in possession of the Professional Ninja Blender!

2:00PM: Kathy was nice and opened a pair of Chris Stapleton tickets to his show on May 11th at Rogers Place! Holly keeps the Instax Mini camera! 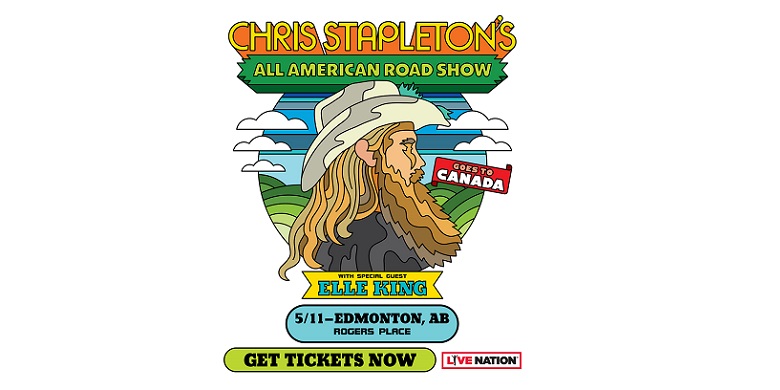 8:00AM: Darrell let Ian have his BBQ, and now holds on to his GT Snow Racer!

12:00PM: Miranda was NICE and we opened a $200 GC to Lulu Lemon for her. Darrell was so happy to keep the GT Snow Racer for his grandkids to enjoy!

2:00PM: Jordan was nice but you could tell he regretted it when we opened an Elf on a Shelf!

4:00PM: Carol went under the tree before Ethan could spit out the words, Elf on the shelf! Carol walks away with Hillberg & Berk earrings!

8:00AM: Thanks to Caley, Carol got to hold on to her Hillberg and Berk earrings! Caley grabbed a $200 Disney gift card from under the tree.

12:00PM: Debbie went under the tree and scored herself a Drone!

2:00PM: Marion has 3 kids and they’ve got a couple drones in the house already, so she went back under the tree and scored a Google Nest Mini!

4:00PM: Marion gets to keep the Google Nest as Dan unwrapped a Kegerator Beer Fridge!

8:00AM: Dan got his wish and will be keeping the Kegerator, while Barb is now sitting on the $500 cold hard cash

2:00PM: Geoff than had the money stolen again.. as Karen swooped in. Geoff ended up with some Gas Gift Cards!

4:00PM: Christine took the money before Ethan could even get out a sentence. Karen ends up with the Dino Inflatable!

4:00PM: Nick let Jaiden keep the Garden.. as he opened up the Nintendo Switch!

8:00AM: Shalean DID NOT steal the Vacuum Sealer so it is Judy’s to keep. Shalean opened up A COFFEE LOVERS GC PACK!

NO PURCHASE NECESSARY. LIMIT ONE (1) ENTRY PER PERSON PER CONTEST PERIOD.  EIGHTY (80) PRIZE AVAILABLE TO BE WON. MUST BE A LEGAL RESIDENT OF THE PROVINCE OF AB WHO IS AGE OF MAJORITY OR OLDER AT TIME OF ENTRY. CONTEST RUNS FROM NOVEMBER 22, 2021 – DECEMBER 17, 2021. ENTRIES MUST BE RECEIVED BY 4:00 P.M. MT ON DECEMBER 17, 2021. SKILL TESTING QUESTION MUST BE CORRECTLY ANSWERED TO CLAIM PRIZE. ODDS OF BEING SELECTED DEPEND ON NUMBER OF ELIGIBLE ENTRIES RECEIVED.